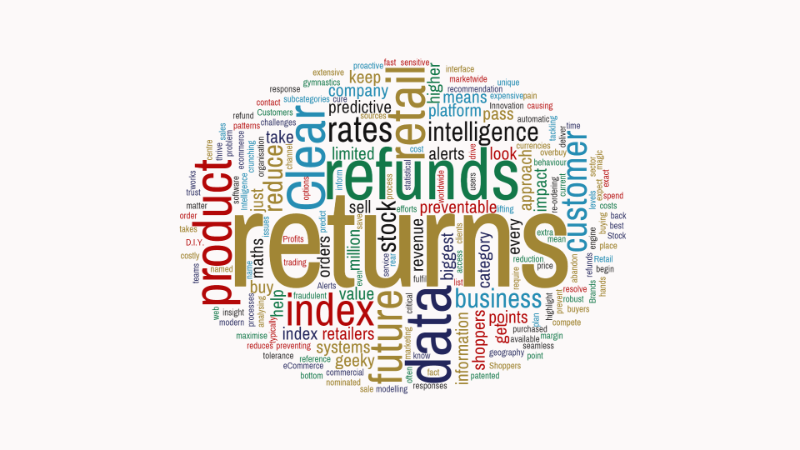 The aisles may be packed with chocolate and the Christmas decorations long since packed away, but the festive season continues to impact the retail sector, in ways that businesses may not have accounted for.

This is because retailers have calculated their performance on sales alone – what customers bought in-store or online – rather than what they chose to keep. Returns are a £60 billion problem for the UK retail industry alone, and will be further eroding results of what was already a weak Christmas for many organisations.

For many retailers, this year’s festive figures told a sorrowful story. December’s unseasonably warm weather impacted sales in the fashion sector, with Next – usually the barometer of Christmas success – only seeing sales rise 0.4% year on year, while Primark, Bonmarché and Marks & Spencer all reported losses.
Even strong performers like John Lewis, which experienced a 7% increase in sales over the festive period, or Debenhams, which recorded a 3.5% sales rise, are not immune from the cost of returns – particularly from online shoppers.

The steep adoption of online shopping is, in fact, making matters worse and ecommerce has a much higher return rate than items bought in the store. This is often due to an expectation gap between what the customer thinks they have ordered and the reality of their purchase once it arrives.

Almost £1 in every £5 was spent online in December, according to British Retail Consortium, with web sales up nearly 20% on last year. This will have brought a flood of returned, unwanted products into stores during January and it may not be yet over, as under the Consumer Rights Act, shoppers now have 30 days to send back an item and receive a full refund if it is faulty or sold ‘not as described’. Stock returned during January sales results in valuable margins being lost, as once the item has been processed it will return to the shelves at a reduced cost.   That is all too apparent in the results currently being reported.

Our data showed that the total estimated cost of returns to retailers from Black Friday reached £180million. This figure increased further as retailers processed unwanted Christmas gifts. This issue will be hitting some businesses harder than others; around 30% of multichannel women’s fashion is returned, for example.

And many retailers will still be dealing with the repercussions of peak trading returns, having put them on the backburner to concentrate on sales.

A key peak trading lesson for the retail sector is that the sale isn’t over until the customer has decided to keep the item. Retailers’ number one task for 2016 should be to recognise the true cost of returns and work to understand why items are not being kept in order to secure and boost realistic profits.

Want to know how your returns stack up against the market? Access our new free returns benchmark reporting tool.